For years now, Schramsberg has been a go-to stop any time you visit the Napa Valley. The sparkling wine house boasts a beautiful property in the hills a few miles south of Calistoga and produces world-class sparkling wine.

But because of the location not being accessible to large numbers, Schramsberg has always been a tough ticket, keeping numbers of people the staff would love to serve from being able to visit.

The family also makes red wines under the Davies label – the family that owns Schramsberg – and as the same as the sparkling, the wines were poured at Schramsberg.

That all changed in April of 2017 when Davies Vineyards opened a tasting room in St. Helena. The former site of Epp’s Chevrolet in St. Helena is now a well-appointed tasting room featuring not only the Davies line of wines, but the Schramsberg sparkling as well. 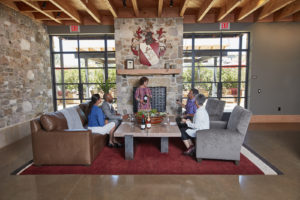 Now instead of hoping to get lucky and get an appointment at Schramsberg (if you can, you must visit the property) you can enjoy the wine from both lines at Davies tasting room.

In 1965 Jack and Jamie Davies purchased the Schramsberg property that was started in 1862 by Jacob Schram. In 1996, Hugh Davies – the son of Jack and Jamie – joined the family business full time.

Schramsberg hit the world stage in 1972 when the Blanc de Blancs was used for President Nixon’s “Toast to Peace” with China’s Premier Zhou Enlai. Since then Schramsberg has been served at various state functions every Presidential administration.

Jack passed in 1998 and Jamie in 2008, Hugh had become head winemaker in 2000 and was named the CEO in 2005, with Jamie remaining the Chairman until she passed. Today, Hugh guides the company, which included the development of the Davies tasting room that began construction in 2014.

The Davies tasting room is a wonderful experience with some world class wines. We have been a big fan of Schramsberg for years and it’s always been among our top five places to visit in the Napa Valley.

When we heard in 2004 the first vintage of the J. Davies Diamond Mountain District Cabernet Sauvignon was released, we were excited to get a bottle and once we did, it didn’t disappoint. 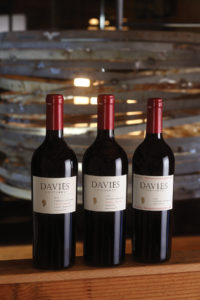 We finally got the chance to visit the Davies Vineyards tasting room and it was all we thought it would be.

On our recent visit, we were greeted by Rebecca Miller, a wine educator for the family and she proceeded to guide us through a sensational flight, educating along the way, mixed in with history and some timely stories. She made us feel welcome immediately.

Our tasting started with the Schramsberg Brut Rose ($46 a bottle), followed by my personal favorite, the J. Schram and finally the 2009 Schramsberg Reserve to round out our sparkling.

The 2009 J. Schram ($120) is 86 percent chardonnay and 14 percent Pinot Noir, contrasted with the Reserve ($120) that is 82 percent Pinot and 18 percent Chardonnay. Two opposite blends, both leave you wanting more!

From there we moved on to the Davies line, first starting with the 2016 Davies Vineyards Pinot Noir ($70). The grapes are from Ferrington Vineyards in the Anderson Valley.

Rebecca told us a story that when Davies first wanted to use the Ferrington grapes, they had to audition for the Ferrington staff in order to get their approval. Davies passed with flying colors.

From there we moved to the 2014 Davies Vineyards Cabernet Sauvignon ($55) from the Napa Valley. They produced 975 cases of the wine that has proven to be a tapestry of a Napa Valley Cab. 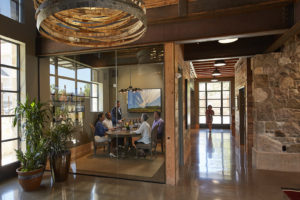 Next up was the 2014 J. Davies Estate Cab ($110) from the Diamond Mountain District. There were 2,800 cases of this wine produced and it is the one you want when you are looking for the perfect wine with a nice steak. The 2004 vintage was the first Davies wine we had, and it was great to see current vintages are every bit as good.

As a bonus, we closed with the 2014 Jamie ($210), the top of the line wine for Davies. The wine is named for Hugh’s mother and has her signature on the bottle. There were only 325 cases of the wine made that is 76 percent Cab, 19 percent Malbec and 5 percent Petite Verdot.

The Davies tasting room is by appointment but if it’s a slow day and guest happens in, the staff is more than happy to accommodate them.

For years, the Schramsberg and Davies lines have been among the elite of the Napa Valley, but as mentioned above, it was tough to get into Schramsberg to experience the wines.

That’s no longer the case and a visit to Davies Vineyards should be a must on your next visit to the area.