As 2021 prepares to ride off into the sunset, hopefully to never be seen again, our family at ACES is optimistically looking at the New Year.

We wish you and your family all the best in 2022 and look forward to bringing you more of the high-quality coverage you have seen from ACES!

Here are some of the golf highlights as we excitedly move forward into the New Year!

January: Our coverage of the AT&T Championships that takes place February 3-6 on the Monterey Peninsula ramps up! The season kicks off Jan. 6 with the Sentry TOC in Hawaii – one of our favorite events – and we will ride that momentum into getting you all the latest news for the event at Pebble Beach! 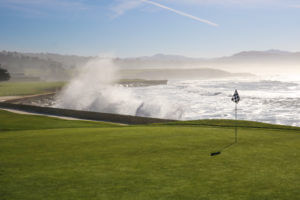 February: The week after the AT&T comes the iconic Waste Management Open from the T.P.C. Scottsdale! It is golf’s biggest party, and we want to know all about the tournament!

March: The Players has become known as golf’s 5th major and with good reason. Read our thoughts on who has the best chance to win the tournament, as well as what it takes to overcome some of the toughest closing holes on tour.

April: It’s Masters time! Our favorite major takes place in majestic Augusta. Does Tiger make it back? Can someone grab their first green jacket? Read about it here!

May: The PGA takes to Southern Hills a little over a month after the Masters. Having the tournament in May should help to avoid the sweltering temperatures of summer in Oklahoma! Who will take the second major of the season? ACES will have some insight as to who the favorites are in this event.

June: The U.S. Open invades the historic Country Club in Brookline, Ma. History just oozes from the course, the home of the “Greatest Game Ever Played,” the Open won by Francis Ouimet in 1913.

July: The year’s final major – The Open Championship – takes place at St. Andrews, while locally the Barracuda will take place at Old Greenwood again. Old Greenwood in July is a heck of time to catch a PGA Tour event, even with the top players in the world across the pond, the field will still be a good one and a great excuse to head to the Truckee area for the weekend! Also, the American Century Championship kicks off the month at Edgewood Tahoe from July 5 to July 10.

September: This should be the start of the 2022-2023 wrap around season, with the Fortinet Championship in Napa at the Silverado Resort kicking off the season. More importantly, what figures to be another powerhouse team from the United States will take on the international side in the Presidents Cup in North Carolina from September 20-25. 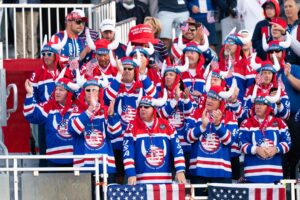 Of course, we will also be bringing our readers some great course features as we have added regional course reporters, so expect to see more in-depth course features from throughout Northern California.

Our Bay Area college golf coverage has continued to grow each year, with the upcoming spring season figuring to be our most in-depth coverage. Follow along with the men from Cal and Stanford, as well as the San Jose State women’s team as they shoot towards an NCAA championship.

Look for some “destination golf resort,” stories this year. Looking to get away for a weekend, or perhaps longer, we’ve got you covered at ACES!

Our wine and fine dining stories will continue to be front and center as we bring you information on some of the hot places to visit, be it for tasting some great wine or enjoying some top-notch cuisine. 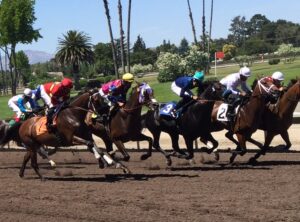 Readers can again look forward to our complete coverage of the Race to the Kentucky Derby and the rest of the Triple Crown races. When the summer rolls around, ACES is the place for your Northern California Fair horse racing information. Get more inside coverage of the Fair racing than any other publication!

Finally, we have exciting new content ideas we are working on, as well as some great giveaways for our readers!

It promises to be an exciting 2022 as hopefully we continue to move forward from the COVID pandemic. Make sure follow ACES all year as we get back to a full life!