Voting in May, the majority of Castlewood Country Club members established they wanted the iconic club to remain an independent club into the future.

Now selected members and the Board of Directors are carefully working to develop the plan for remodeling the 1970s-vintage clubhouse so it will serve current and future members. There have been minimal changes to the facility over more than 40 years.

Members established the direction by two votes earlier this year:

For the last few years, the board has been focused on finding a solution to bringing the clubhouse up to ADA standards. The clubhouse has three levels and no elevators or lifts. The lower level with the fitness center and locker rooms and the members dining room and banquet facilities are accessible, but the bathrooms are not accessible on the main floor. The members grill on the southside is only served by two staircases. The renovation will add an elevator or lifts plus update restrooms to bring it into full compliance with the act.

After the vote set the direction on the major upgrade, the board took a step back. To develop the two clubhouse options, directors had worked with an architectural firm and then obtained rough bids from contractors. Instead of pushing ahead with those plans, directors invited members with expertise to join a select committee to develop a plan for the clubhouse.

Everyone who raised their hand was not invited to join the committee. Directors required interested members to submit resumes so they could select members with a variety of skill sets. They are being supported by a financial sub-committee that will develop the financing options as well as a membership and marketing committee. The remodel committee is meeting weekly and has reviewed all the previous work.

The committee essentially has been given a blank slate within the 45,000-square-foot clubhouse walls, explained Kathleen Butler, a director and the liaison to the committee. They will be considering how the space is currently allocated and what will serve new families better into the future. The budget is $16 million.

“Let’s face it with that whole Bay Club issue there’s been a lot of tension, and a lot of discord. So, we want to bring everybody together. And we want to make sure that the members feel like they’re a part of the future of this club,” Butler said.,

One given, she said, is the remodeled clubhouse will have a much larger and better equipped fitness center. What families want today is a club that serves the entire family and that means a full-service fitness center plus other amenities. For instance, Blackhawk Country Club added a free-standing 9,100-square-foot fitness center in 2018 and has seen membership sales increase significantly. 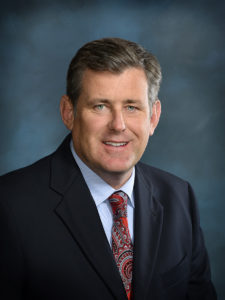 General Manager John Vest, who is well-connected in the Bay Area country club scene, has been setting up meetings with other clubs such as Round Hill Country Club in Alamo that completed a two-year renovation last year. Round Hill expanded its fitness offerings as will the Diablo Country Club in its $19 million upgrade that includes a new three-story building.

The committee also will be taking a hard look at how much space is devoted to banquets and large events. The ballroom, which can be sub-divided into smaller spaces, accommodates around 400 people for a banquet plus it has the Del Pozo Lounge that serves it almost exclusively. Members have their own bars in both the grill and the dining room—those spaces total about 6,500 square feet, less than the size of the banquet room and the adjoining bar.

Butler said when the club was built the philosophy was separate spaces for everything. That’s changed to building spaces that can be used for a variety of ways—a banquet one night and member dining the next.

Hugh Conners of Pleasanton joined Castlewood in 1969 after the fire that destroyed the original clubhouse. He remembers the debate back then about whether to build a smaller clubhouse just for members or building the larger space to attract outside events and keep dues to a minimum. When it came to the dues question, the outside events and space for it became the choice.

He said he was surprised that the Bay Club takeover was voted down. He will move to honorary status in October (no dues or assessments) and was concerned Bay Club would not honor that so he opposed it. He said if the takeover included $20,000 upfront instead of $10,000, it may have changed his vote.

Conners pointed out that about 25 percent of Castlewood members were also members at ClubSport (now Bay Club) and then would have saved several hundred dollars monthly by eliminating one dues payment. He also thought that the final members meeting before the vote was stacked against The Bay Club and may have changed some minds. With the vote, members will now have control even though they will have problems with membership during the construction.

Another long-time member, who did not want to be named, is a retired business executive. He voted no because he thought Castlewood members were not getting a good business deal from Bay Club compared to what the two golf courses and clubhouse meant to Bay Club. He also wanted to preserve Castlewood’s unique golf culture—for instance, no reserved starting times. Show up, put your name on the list and go off in the order you signed in. Club members also control how many outside events are held and other golf-related areas.

Yet another long-time member, who also preferred anonymity, favored the Bay Club deal because it shouldered the financial burden of the ADA compliance ($20 million); it included a state-of-the-art fitness facility at ClubSport that offers fitness plus yoga, pilates, massage and classes that Castlewood does not have today. It also has daycare, important for young moms. Moving forward, he’s concerned about the long-time future of the club because younger families will want fitness and daycare.

For the remodeling committee, one key consideration will be the large event space. General Manager Vest pointed out that the event business has changed over the years. When Castlewood opened the clubhouse in the 1970s, it’s only competition as a large venue was the now-closed Sunol Golf Club off Interstate 680. Since then, competition has grown significantly with the Marriott Hotel in San Ramon, Pleasanton hotels,  Casa Real and the Palm Event Center in Pleasanton, the Shriner’s Center in Livermore to say nothing of the Ruby Hill Country Club, the Poppy Ridge Golf Club and various wineries and the San Ramon Valley country clubs.

The club also has seen a dip in its wedding business, again because brides have many local options.

Considering the banquet room, one possibility is dividing it and re-orienting it so diners can enjoy the wonderful views overlooking the valley from the east-side windows. The members’ dining room and bar overlooks the first and 18th holes.

Butler said she expects the remodel to include different dining options and perhaps a teen center and space for children’s activities so parents can drop them off and go play tennis, golf or bocce ball.

Butler and the board expect the club will lose members during the planning and construction process. Membership has been dropping at about 5 percent a year from more than 800 in 2003 to the 555 eligible to vote in the May election. She said clubs routinely lose members during remodels.

Castlewood has an interim marketing director who they praised for her ideas and will complement her with a member marketing and membership committee. Once plans are set and construction is underway, they likely will offer some special programs to attract new families.

Over the last 15 years, Castlewood added the fitness room in what formally was a billiards area, added two bocce courts, remodeled the Valley clubhouse and added a well-used driving range and practice area behind the 18th tee on the valley course. Looking ahead, Butler said once the clubhouse plans are set, they may well look at what other improvements would enhance the club such as the pool area and perhaps adding two more tennis courts (currently there are four) that would allow it to host official tournaments.

The current committee is moving ahead with an aggressive meeting schedule under-girded by the mission of whatever they do, doing it right for the future. Take the time necessary to get it right, she said.

Butler said she thought it would be 2021 before the renovated facility opens, which means a busy time to set conceptual plans, engage the architect for the drawings and then get construction bids and start work.

The board had recommended accepting the the Bay Club takeover. It would have given all members its top tier membership ($30,000 list price) that included access to any of the Bay Area campuses. The Bay Club purchased the ClubSport portfolio of clubs last November including the original club in Pleasanton as well as Walnut Creek, Danville and Fremont in the East Bay. Adding an East Bay golf course would have significantly enhanced the offerings

It would have valued the club at about $16.7 million plus Bay Club had committed to investing at least $20 million into the clubhouse, presumably with a reduced fitness offering given ClubSport Pleasanton is a few miles away. For Castlewood members who also belonged to ClubSport, it would mean a monthly saving and there would have been no quarterly food-and-beverage minimums and cart fees.

After a two-year waiting period, Castlewood members who wanted to sell their memberships would be added to a list with a sale taking place when a new member joined—one in, one out. Given Castlewood’s rules that mandate $10,000 return to the club in a sale, it had the opportunity for more cash for a selling member.

The key tradeoffs: lost of equity memberships; loss of control of the club; and much more competition for tee times resulted in a majority of members deciding to remain private and invest in the club.