The Safeway Open presented by Chevron announced today that rock bands Sammy Hagar and the Circle, Young the Giant, and Billy Idol will perform at the Safeway Open Concert Series at Silverado Resort and Spa in Napa, Oct. 4-6, 2018.

The Safeway Open PGA TOUR golf event and Safeway Open three-night Concert Series will provide fans with an authentic Napa experience, bringing together world-renowned local chefs and wineries, popular musicians and the world’s best golfers all on one stage. The Safeway Open will again be played at Silverado Resort and Spa this Oct. 4-8 and will again feature 43-time PGA TOUR winner and crowd favorite Phil Mickelson and 143 of the best golfers in the world.

The three-night concert series will kick off on Thursday evening with Rock and Roll Hall of Famer and former Van Halen lead singer Sammy Hagar and The Circle performing many Van Halen classics as only he can. Rounding out The Circle is former Van Halen bassist Michael Anthony, drum legend Jason Bonham and guitarist Vic Johnson.

Friday evening will feature rock group Young the Giant with their hit songs “Cough Syrup” and “It’s About Time.” The band’s lead singer Sameer Gadhia has “one of the great contemporary rock voices” according to the New York Times. 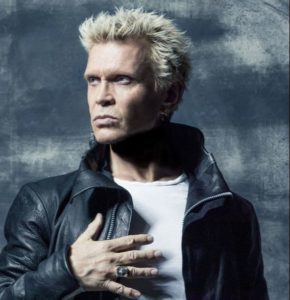 Grammy-nominated artist Billy Idol will headline the final night of the concert series on Saturday evening at Silverado. Idol recently gave an electric performance at Bottle Rock in Napa and was a crowd favorite, receiving outstanding reviews.

“The Safeway Open offers our fans the best value on the PGA TOUR featuring world-class golf and music along with amazing food and wines at the most affordable pricing of the year,” said Jeff Sanders, Executive Director of the Safeway Open presented by Chevron. “It’s going to be another fun week of entertainment filled with great golf, delicious food, fine wines and amazing music at Silverado in October.”

As previously announced by Albertsons Companies CEO & Chairman Bob Miller, this year the Safeway Open presented by Chevron and Safeway Open Concert series will contribute 100 percent of all ticket sales to support of the ongoing fire relief efforts in the Napa Valley. Last October the final round of competition in the PGA TOUR event at Silverado Resort and Spa concluded just a few hours before the devastating fires hit the Napa area.

This year the shows will again be held on the Chevron Stage at Silverado Resort and Spa immediately following completion of the golf tournament rounds on Thursday, Friday and Saturday evenings.

Daily tickets to the Safeway Open PGA TOUR event are on sale now and include admission to the Safeway Open Concert Series, as well as the 27,000-square foot Safeway Food and Wine Pavilion, featuring prime viewing platforms and many on-site food, wine, beer and spirits venues. There is no additional cover charge or upgraded ticket needed for entry into these fan-friendly venues on the golf course.

The event is in its third year with Safeway as the title sponsor and hosts many of the best golfers in the world as they compete Thursday through Sunday for a $6.4 million-dollar purse, with $1.152 million to the winner. The field of 144 players has included elite players such as Jon Rahm, Matt Kuchar, Justin Thomas, Webb Simpson, Paul Casey and Mickelson.

For more information on the Safeway Open presented by Chevron , Safeway Open Concert Series, and to buy tickets to support fire relief efforts in the Napa Valley, visit www.safewayopen.com.