When Bill Williamson arrived in the Dry Creek Valley near Healdsburg to invest his tech fortune in the wine business, he was the anti-thesis of the typical winery/vineyard investor.

He and his wife had decided years before they wanted to live in wine country and actually had been willing to turn down a great job on the East Coast to stay in the Bay Area in 1980. The Napa Valley was the attraction then. Fortunately, the company recruiting Bill had a Silicon Valley office so Bill started there for a couple of years before founding his own company.

Educated in Australia after growing up Sydney and spending his vacations on the family farm in wine country there, Bill arrived in the United States with a physics degree and a master’s in computer science. There were not many people with those academic qualifications in the earlier days of Silicon Valley.

Williamson related his history to six of us who had gathered for one of his winery’s food and wine pairings near the tasting room just off the plaza in downtown Healdsburg. He established the separate tasting area because he is committed to serving food and wine together. 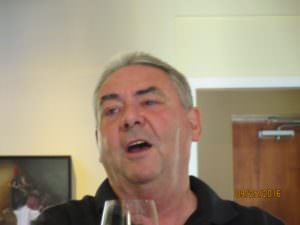 We had just about finished the premium wine and food pairing when Bill strolled in about 5 p.m. on a Sunday. He held court for the next two hours, explaining his philosophy, encouraging his guests to share their thoughts and asking his tasting director to pour tastes of his new Bordeaux blends.

Using classic Bordeaux grapes from parcels he farms through the Napa and Sonoma areas, he has made blends that mimic the seven great areas of Bordeaux. To decide on the blends, he read the winemaking notes from those areas in France, covering a 10-year period for each area—discarded the outliers—and moved ahead. Our tasting leader, Kevin Cramer, said the bottles were flying out of the tasting room. When asked why he would rely so much on the French methods, Bill simply said they had figured it all out after making fine wine for two millennia.

The wines will age 7-10 years, but they were drinkable now and would just get better with more time in the bottle.

Given his farming heritage and the training he received from several winemaking mentors, he focuses on farming exceptional grapes using sustainable methods. That means no pesticides or chemicals in the vineyards and using natural methods to control weeds and critters. He likes owl boxes to provide homes for the night-time predators to control gophers and moles.

The goal is high-quality fruit from vineyards farmed for low yields. Once the grapes are hand-harvested, they are cooled for three days to 50 degrees in big tanks so the weight of the grapes crushes them into the juice. The temperature then is raised to 80 degrees for fermentation. The gentle handling of grapes includes no mechanical pumping—juice is pushed out with nitrogen.

The results, once the wine is bottled, are delightful wines. All of the Williamson tastings are accompanied by food—even the complimentary tasting pairs four wines with cheeses. And the toppings on the cheeses can be a wonderful surprise, such as truffle salt (we bought a container to take home).

Williamson, as demonstrated on our Sunday, loves to talk to his customers. All of the wine is sold through the tasting rooms, their wine club or on their website (it’s about 15,000 cases annually). Because Bill and his wife, Dawn, love living in the Dry Creek Valley, each wine has its own fun name –Enchant, Joy, Relish, Frolic, Caress and Adore to name just a few.

To meet customers’ requests, the offerings have broadened significantly. They ship four tons of cheese annually through their cheese club and also offer gourmet foods (jams, mustards and sauces) and chocolates, as well as more than 300 Herbie’s spices (imported from Australia).

Wine club members also are invited to travel with Williamson to Australia and Europe (wine or river cruises) that will involve one-time opportunities.

We took advantage of a Groupon to get a 2-for-1 $50/person tasting of Icon wines. Three of the four wines poured were not on the list. 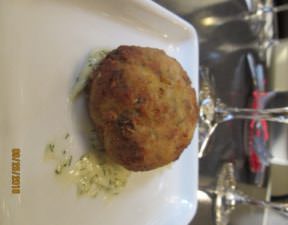 We started with the 2013 Amarett Chardonnay ($55) that was paired with a wonderful crab cake with a dill aioli. Wonderful.

Kevin followed that with a Russian River Valley 2013 Pinot Noir named Passion that paired perfectly with a crostini topped with goat cheese, grilled mushrooms and the sensational truffle salt.

We then enjoyed a beef slider paired with Elate, a 2012 Grange Cuvee (it’s a Cab/Shiraz blend popularized by Penfold).

We finished with blue cheese topping Asian pears with Marconi almond that was paired with Indulge, a Cabernet and then we turned to Bill’s Bordeaux blends.

The simple recommendation—put Williamson on the top of your list when you are visiting Healdsburg. Whether enjoying one of tasting room pairings or upgrading to the food/wine pairings, you will be pleased with the experience. 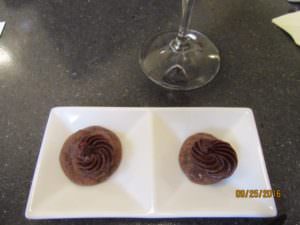 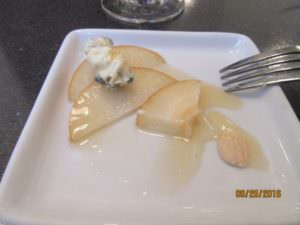 If you happen to be lucky like we were, enjoy the time with Bill. I know a number of winery owners and winemakers and I have never spent two hours with any of them expounding on life, wine, food and their philosophy.