It’s time for the semifinals – the Final Four of ACES initial March Madness Northern California Winery Playoffs! Following the Final Four we have the Championship match!

In the Final Four we have three top seeds and a No. 2 seed squaring off with all four wineries deserving to be here. These are the top four wineries in Northern California based of my experiences, factoring in both the wine and the experience.

I’ve written many times with so many high-quality wineries in each region, how do you arrive at which wineries you choose to visit being that on any given day you will hit three, maybe four wineries?

For me it’s not just the quality of the wine, but the quality of the people associated with the winery that matter. At some places that shall remain nameless, you feel like you are a conveyer belt. Give us your money, here’s your 4-5 small tastes, now please move on!

Let’s get to the action!

Del Dotto (1) vs. Silver Oak (1): For so many of the reasons listed above, Del Dotto is your first semifinal winner. Silver Oak is a memorable tasting experience and the people that work there are very cool and helpful, but Del Dotto takes personal experience to an entirely new level. It’s can’t be just the wine here as how could you go wrong with either, so it’s got to be what brings you back and back again and again. Del Dotto checks every box here and we will go more in depth in the finals about specifics about Del Dotto. 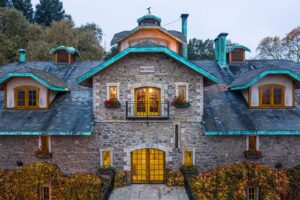 Schramsberg (1) vs. Far Niente (2): Let’s face it – in my mind the best sparkling wine house in a region deserves a spot in the finals and here it’s all about Schramsberg. As mentioned before, it’s hard to adequately describe how cool it is to drive the road up the Schramsberg until you have done it. The caves are cool, and the memorabilia is awesome, including all the letters from sitting Presidents along with the menus from the state dinners. Other bring a world-class product to the table, but in the end it’s all about a celebration and we will need some sparkling!

As mentioned before, we started with my top 64 wineries in Northern California that I have visited to either write a review or just visit for enjoyment. My list started with over 100 wineries that I whittled down to 64.

From there I went through a seeding process with four brackets in seeds from 1-16. Then I played the tournament round by round until I got down to the final two.

I want to thank everyone for reading through these battles and hopefully it gave you a little entertainment during these tough times.

Now, let’s get to the final match! 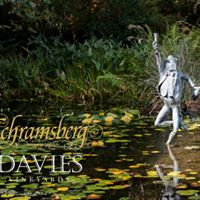 Del Dotto (1) vs. Schramsberg (1): Really, I can’t go wrong here. At Schramsberg it’s a tour you don’t see often because sparking houses are few and far between. Getting a chance to see how the Schramsberg bottles are turned by hand in the caves (it’s called riddling) and understanding how a world-class sparkling wine is aged adds to the educational process.

Once that part of tour is done it makes the tasting session even more appreciated. Put all that together with the memorabilia showing Schramsberg’s influence throughout the world gives to visitor a better understanding as to how special the product is.

The one thing I have always liked best about Del Dotto throughout the years is the feeling of family every customer gets when they visit. Many of the smaller wineries have that feel where you see the owners on site regularly visiting with the guests.

The bigger a winery gets the less you see the owners – one, because many of them have sold to corporate interests, and two, it is a lot ask. But that’s what makes Del Dotto special – the family feeling is always there.

There’s good reason for that as the Del Dotto’s – Dave, his wife Yolanda and children Desiree and Giovanni pass on the family feeling to their employees, who in turn convey it to the guests.

The family hosts some of their big events at the family estate with the party moving into the family home by the end of the night. I have been in well over 100 wineries in Northern California and the majority turn out quality wine. But you need to have those intangibles to the best of the best and in my mind that sets Del Dotto apart.