Del Dotto (1) vs. Beaulieu Vineyards (5): Heavyweights not located too far from each other, but it’s going to be Del Dotto that moves on. I have been a fan since they had the caves on Atlas Peak Road over by Silverado before building the Estate in St. Helena. While the original caves are still open and will always have the charm, the Estate winery takes your breath away the second you walk in the door. Although Dave Del Dotto doesn’t give as many tours as he used to if you ever stumble into the blind luck of getting Dave as your guide it will be an experience you will never forget. 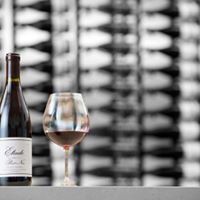 Cakebread (2) vs. Etude (6): I love Pinot Noir and Etude brings it big time, but I can’t go against Cakebread here. When I first was learning about wine and wanted to do something nice for my wife, I researched “top Chardonnay houses in the Napa Valley” and Cakebread popped up. Off we went. Later, my wife and I were invited up to a day at Cakebread, where we prepared lunch with their executive chef. Amazing and at that time I discovered how amazing the reds at Cakebread are as well. Don’t sleep on the reds, but be sure to embrace the Chardonnay.

Silver Oak (1) vs. Stags’ Leap (4): It would be easy to just move Silver Oak into the Elite 8 and it would be deserving based on the merits of Silver Oak. Easy perhaps, but I am handing the win to Stags’ Leap. For me, the Stags’ Leap Cabs are off the chart with the Audentia line standing on top. At this point, the bottles range from $200 to $300 a bottle and it’s worth every penny! Sitting out on the porch at the mansion enjoying a fine bottle of wine with the view of the valley is a truly sensational day.

Cardinale (2) vs. Joseph Phelps (3): Ugh – a tough battle! I’ve been to Cardinale only once, but it was sensational in every way. Joseph Phelps. The Insignia ($300) is one of my all-time favorite bottles of wine and was responsible for me maxing out a credit card one time! Their Napa Cab at $80 is a great bottle of wine and a value buy in the area. Cardinale is such a majestic winery, but my one thought is it may be too elitist of a winery for most people as you would be lucky to find a bottle under $350. Keeping everything in mind, I am going with Joseph Phelps here to appeal to the masses! 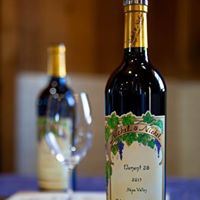 Schramsberg (1) vs. Pizza Del Dotto (4): The end comes for the newer Del Dotto winery as Schramsberg gets this win here. The J Schram is their top of the line and $160 for the Rose and $120 for the Chardonnay-based is a deal compared to some of the top Champagne houses in the world – and Schramsberg has beaten them in tasting competitions. The Blanc de Blancs for $41 or the Blanc de Noirs for $43 are steals for a wonderful glass of bubbly.

Linne Calodo (2) vs. Nickel and Nickel (3): Heavyweight battle here and the winner is going to be Linne Calodo. Obviously, I love Nickel ad Nickel as you could tell from the past two rounds, but I am a big time Paso Robles guy and Linne Calodo is the king down there as far as I am concerned. In the next round I will get more into their wines, where the names help frame the wines.

Groth (1) vs. Cypher (5): All good things come to an end and such is the case for Cypher here. A great wine and a fun place to hang out, Cypher just doesn’t bring the firepower that Groth does. When you get to spend some time seemingly alone in a winery except for an Academy Award winning director such as Peter Jackson, you know it’s a special place. Groth moves on to the next round.

Far Niente (2) vs. B Wise (3): Oh, love this matchup. Not as much of a slam dunk for Far Niente as it may seem, but B Wise may be a year away from taking the next step. When the Brion Winery opens in Yountville, expect B Wise to become a major player in the Napa region. Until then I must move Far Niente and their power-packed lineup of wines into the final eight.

This takes us to the next round!

We are down to the Elite 8 in ACES First Ever March Madness Northern California Winery Tournament!

The eight wineries left are all heavy hitters in the wine industry with seven of the eight coming from the Napa Valley. The one outside of Napa is representing Paso Robles!

Let’s get to the match-ups!

Del Dotto (1) vs. Cakebread (2): Our first member of the Final Four is Del Dotto! The wines are sensational for both wineries, but in the end, it’s the personality that Del Dotto brings to the table. I always say it’s a party at Del Dotto and for the most part it’s true, but it’s in an informational party. You go to Del Dotto, have a long tour through the caves and then hit the tasting room and you come out with a better understanding of wine in general. Perhaps some people don’t care as they just want to get drunk, but to me, understanding what you are drinking and why each wine has its own taste is a great way to spend your day. Cakebread is special as well and will always be my go-to Chardonnay during the summer months.

Silver Oak (1) vs. Joseph Phelps (3): Man – great wineries. Then again, all eight here at this point are great! Silver Oak makes one wine and they make it as well as any – at least for people that don’t want to take a second out to buy a bottle of wine. I will say, if you want Silver Oak, make sure it’s Napa Valley. The Alexander Valley Silver Oak while good is a significant drop off in quality. There’s just something about being on the grounds as Silver Oak. It’s like being on treasured land and you get the feeling that all the other visitors feel the same. The second winery into the Final Four and will take on Del Dotto in the semifinals – Silver Oak.

Schramsberg (1) vs. Linne Calodo (2): One of the best in Napa taking on arguably the best from Paso Robles. The old school, established winery against one of the Paso wineries leading the area into national acclaim. Not only does Linne Calodo have some sensational wines, but the names are also intriguing–Problem Child, Outsider, Nemesis, Sticks and Stones, Wannabe, and Computer Geek to name a few. As great as Linne Calodo is, it’s just not enough to get past Schramsberg. It’s hard to argue with a sparkling house that has taking on and beaten champagnes such as Dom Perrignon, Cristal and others. As mentioned before, Schramsberg sparkling has been used at more state dinners at the White House than any other – that speaks volumes. Schramsberg on to the semifinals.

Groth (1) vs. Fan Niente (2): Another can’t go wrong match-up. Far Niente is out front, not far off Highway 29 and with the incredible artwork on all their bottles, they are right in your face. Groth is like a hidden winery, set back off Oakville Crossing Road. it has a more reserved feeling. And with that both wineries locations seem to coincide with their respective wines. It’s almost a coin flip here, but in the end, this entire series of stories have been about my personal preference and I will side with Far Niente for the win.