The key for any winery to be successful is simple.

Make quality wine and make your winery a place where people will visit, not just once, but time and time again.

That is exactly what McGrail Vineyards in Livermore has accomplished.

It’s a time where many wineries have gotten pretentious, especially in the Napa Valley, where a day of tasting for four could easily exceed $1,000 by the time your day comes to an end. Even in the Livermore Valley, some of the tasting fees are creeping up, with some charging $25 per person, a number that not that long ago seemed far-fetched in the area. 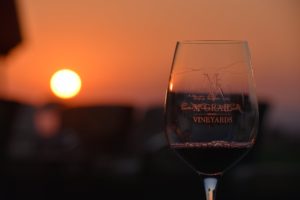 Walking in the front door of McGrail’s tasting room and one of the first things that hit me was the sign with $10 tasting fee on it. Arguably one of the top wineries in the Livermore Valley is also one of the more affordable.

McGrail has indeed established itself as one of the premier wineries in the Livermore Valley, but the last year has been anything but smooth.

The McGrail’s were rocked when patriarch Jim McGrail, who along with his wife Ginger and their daughter Heather founded and opened the winery, passed away in April of 2018.

Jim was very well known, not just in the Valley, but throughout the county. He was a local attorney an Alameda County sheriff’s deputy and a prosecutor before opening his own private law practice. He spent time with the Alameda County Fair board, as well as Zone 7.

The death was a blow, but there was never a sense of not moving on with the winery following Jim’s passing, although Heather needed to step back for a bit.

“I took some time out of the tasting room,” said Heather following her father’s passing. “But at the start of 2019 I was ready to go.” 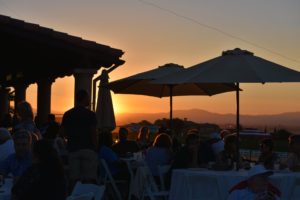 Indeed, she is, and it was obvious from the time we walked into the tasting room.

We were greeted by Heather, who runs the winery for the family. It was a member appreciation day – and a good one at that – but Heather went out of her way to make us feel like members (we are planning on joining very soon) and welcome us to the winery.

I have been in countless wineries throughout California and love to sit back and watch the dynamics of the tasting room. It gives me a good feeling for the quality of the visit someone can expect.

It was a pleasure to take in the interaction of the staff with the members. It was busy, but not chaotic in any sense, something that plagues member parties at other wineries.

There have been some events in the Livermore area I have been at that were tantamount to Black Friday shopping! That wasn’t the case at McGrail.

It was a beautiful day and you could tell people were genuinely happy to be there.

The views and the places to relax were plentiful. Then there’s the wine – the star of the show.

The genesis of the winery began in 1997 when the family bought the property. In 1999 they planted their first vines, but still really didn’t know much about the industry. 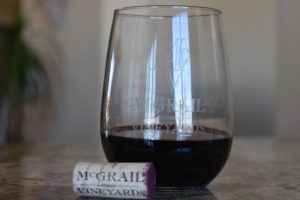 “My Dad said all he knew about wine was drinking it,” said Heather with a laugh.

In 2005 the family made the decision to get into the production side, with Jim and Ginger setting out to persuade Heather to come home and help open a winery.

Heather pointed out that with the help of the Wente’s, as well as Steve Kent Mirassou and Rhonda Wood, things came together.

In 2008 when the family opened the tasting room, they had all of one wine – a Cabernet Sauvignon.

“Here we were with the big, long bar and we had one wine,” said Heather with a laugh.

From there it was time for a Chardonnay – Ginger’s preference – followed by a Rose that Heather pleaded with her Dad to add to their portfolio.

Among the wines we enjoyed were the 2017 Kylie Ryan Rose named after Heather’s daughter; the 2016 Slainte Red Blend (a Cab based blend that also features 31 percent Tempranillo; the 2016 Colton Cabernet Sauvignon and the 2014 McGrail Cabernet Sauvignon Reserve, a double Gold Medal winner in the 2018 San Francisco Chronicle Wine Competition.

The wine is sensational and the kicker? The prices are remarkable low for the quality of the wine. The Colton and the Reserve topped the price list of the tasting room wines at $44 a bottle.

Even the most expensive bottle for purchase – the 2014 James Vincent Cabernet Sauvignon – comes in at $85, a far cry from what some other Northern California Cabs will set you back that can’t even begin to hang with McGrail’s product.

Finally, I have always felt that the tasting experience must be more than just about the wine and at McGrail, they excel on the peripherals that sell the visit. 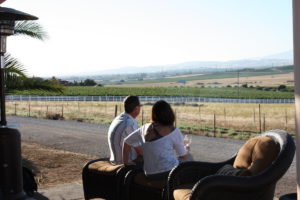 There is regularly music at the winery and there’s bocce ball to boot. There is inside seating to go with ample outside seating and the old barrel room has been converted into a wonderful members lounge, just another perk of being a member.

The Livermore Valley continues to evolve as a wine destination and with wineries like McGrail and people like Heather out front, it’s becoming a must visit for all wine fans!