October is a challenging time for a sporting event to get control of the entertainment dollar in Northern California. Baseball season is wrapping up and with the recent success of the San Francisco Giants, there has been plenty of attention thrown that way.

Football season has gotten underway and with loyal fan bases, the San Francisco 49ers and Oakland Raiders certainly garner their share of attention, as do the college programs at Stanford, Cal and to a lesser extent, San Jose State.

The San Jose Sharks are just beginning league play and the biggest newsmakers of the last year – the Golden State Warriors – are beginning preparation for the defense of their NBA title.

Because there is so much going on, grabbing a piece of the sports dollar or even getting decent coverage from the media is a Herculean task for the organizers of the Safeway Open, a PGA Tour event at Silverado resort Oct. 10-16. 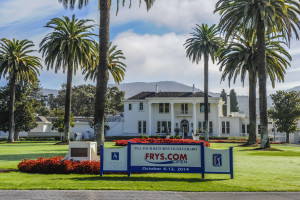 Getting a top-notch field would help and the tournament has a huge boost with Tiger Woods and Phil Mickelson committed to the event. The event kicks off the new season on the Tour and falls the week after The President’s Cup this year and is within a month of the Tour Championship. Although former world No. 1 Rory McIlroy will be there this year, the tournament did lose Tiger Woods when it was announced he was having back surgery in late September.

But the Frys.com people do have one big weapon in their arsenal – the Napa Valley and all it offers. World-class wine and five-star cuisine are two things that appeal to the affluent golfers and we have them right here.

Last year during a conference call for the tournament Jimmy Walker mentioned he was coming out early with his family to enjoy the area. So I posed the question to tournament director Jeff Sanchez as to how big a role wine country plays into the tournament.

“It’s been an exciting element of the tournament since 2014,” said Sanchez, drawing reference to when the tournament came to Napa. “I know of several players coming out early to enjoy Napa.”

The area has also become a discussion point for the players when they are around Silverado.

“What we saw last year was the players come in focused on their game, but each morning they are talking about where they went to dinner or what winery they went to the day before,” said Sanchez. “We take a lot of pride in our local restaurants and wineries. It’s a renowned area, but in reality, it is a small community and we are all involved.” 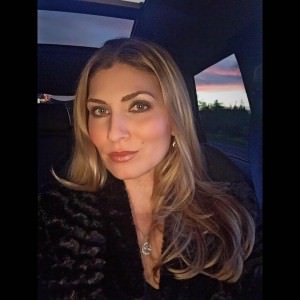 Desiree Del Dotto, whose family owns Del Dotto Vineyards, is not a golfer or a golf fan, but realizes how the Frys.com and the wine industry is a perfect match.

“I don’t watch golf, but it is worth the effort to be involved,” said Del Dotto. The winery will be one of the tournament’s wine sponsors. “I know we had some golfers come in (before the tournament) last year and we are having a private party for at least one this year.”

Dave Del Dotto, Desiree’s father is the consummate tasting guide. A true people person, Dave loves to spread the gospel of wine and figure on him being plenty busy leading into the tournament.

It really is the perfect blend (pun intended) between the region and golf. One glaring weakness I have seen over the years for the Napa Valley was the lack of golf courses. Granted, the land is far more valuable for vineyards than a golf course, but when coming to the region, you are forced to drive a bit to play a good course.But with the Frys.com the game and the wine can merge. Players will indeed come in early and enjoy the fine wine and dining. Tournament visitors can come watch some professional golf and sample some great wines while at Silverado. Or, you can watch golf in the morning and take off to visit some wineries in the afternoon.

My initial reaction when I learned the tournament was leaving CordeValle and coming to Silverado was not a favorable one. Worries about parking and a spectator friendly course were plentiful.

But the more I have thought about it, the more it makes sense. The location gives the cultured golfers a chance to come to the region many probably have not been to before and it gives sports fans a winning doubleheader.

Chances are if you are out tasting at the wineries the weekend before the tournament, you may run in to several players. Here’s hoping the tournament will continue to thrive at Silverado! Let’s drink some wine!