Search
This year’s two top-ranked collegiate athletes – Sahith Theegala and Peter Kuest – will play in this year’s 22nd Barracuda Championship on sponsor exemptions. This year’s tournament will debut at its new home at Tahoe Mountain Club’s Old Greenwood Golf Course in Truckee, Calif. July 27–Aug. 2 without on-site spectators.
Recently the United States Golf Association announced that the Barracuda Championship will serve as a qualifier for the U.S. Open at Winged Foot in Mamaroneck, N.Y. The top two players, not otherwise exempt, in the top 10 and ties will earn spots in the field for the championship tournament in late September. 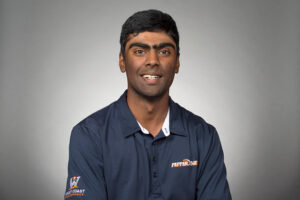 Sahith Theegala
A member of Pepperdine’s nationally top-ranked team and winner of both the Haskins Award and Ben Hogan Award, Theegala will continue his newly minted PGA TOUR career at this year’s Barracuda Championship.
Theegala was Pepperdine’s first National Player of the Year and three-time NCAA All-American. In his final collegiate year he won the Southwestern Invitational, Alister Mackenzie Invitational and the Australian Master of Amateurs. In four playing seasons over five years, he ended with the best scoring average (70.61) in Pepperdine history.
A finalist for the Jack Nicklaus Award, he made his professional debut at this year’s Travelers Championship in June. 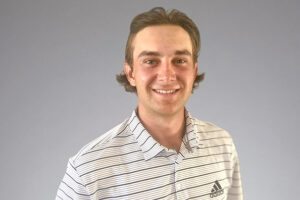 Peter Kuest
Brigham Young University’s Kuest finished his award-winning collegiate career as a PING First-Team All-American. Kuest is one of the most accomplished golfers in BYU history with 10 tournament wins.
Kuest also recorded the best single-season stroke average in school history with a 69.42, beating his own record from last season (69.79). He was a final watch list honoree for the Haskins Award, named the Ben Hogan Award October Golfer of the Month as well as WCC Golfer of the Month for September.
He capped off his final collegiate year winning the William H. Tucker Intercollegiate, Saint Mary’s Invitational and finishing T1 at the Nick Watney Invitational. Kuest also made his professional debut at the Travelers Championship.
For more information on the 22nd annual Barracuda Championship PGA TOUR event, visit www.BarracudaChampionship.com.