City leaders in La Quinta celebrated a long-awaited milestone May 1 when they formally broke ground on the SilverRock Resort lodging properties.

The city’s acclaimed SilverRock golf course, designed by Arnold Palmer, finally will have the lodging and convention facilities that were envisioned when the city bought the land in the early 2002. The golf course opened in 2005, but the rest of plan went into the doldrums when the Great Recession collapsed the capital market as well as luxury travel.

In 2014, La Quinta signed a development agreement with the Robert Green Co. that then partnered with the luxury hotel brand, Montage International, leading to the May 1 groundbreaking. 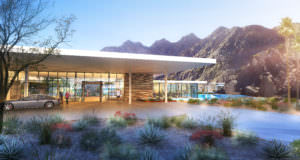 Artist’s rendering of Montage at SilverRock

Building the hotels requires re-routing three holes on the back nine, work that should be completed by Nov. 1. The front nine will remain open all summer.

Montage International will build a 140-room hotel that will be complemented by a 200-room Pendry Hotel (the new brand for the firm aimed at younger luxury travelers).

The Montage hotel will feature a spa and a fitness center as well as three restaurants, a multi-generational recreation center, and the Paintbox children’s program. There also will be 29 four-and five-bedroom residences with access to the resort’s amenities that also will be available to Pendry guests. 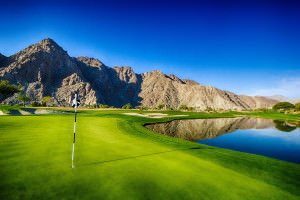