To say Kristina Schmuhl is a girl of many talents is hardly doing the 23-year-old, current Miss Sonoma County, justice.

Schmuhl is young lady of many talents. Holding the Miss Sonoma County title is the last in a long line of accomplishments in her young life. And she is driven to make a bigger name for herself, all before she hits 30.

“I would love in five years to be a representative or an elected official,” said Schmuhl. “I want to be active in my community. I know you have to pay your dues, so I am looking for stepping stones.”

Schmuhl had her competitive drive established early on in her life. The daughter of professional golfer Jason Schmuhl – currently the head PGA pro at the Windsor Golf Club – Kristina was prodded to play golf at an early age. 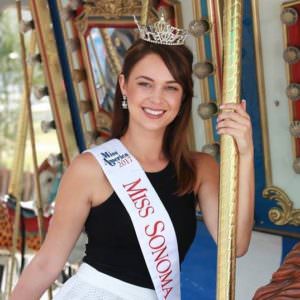 Given that Jason is the three-time Northern California Golf Association Player of the Year and has played in pro events, including the PGA, the AT&T and the Safeway Open, golf ran strong in the family.

But it was when Kristina was young that her individualism and drive was formulated.

Enter her the competitive part of her personality.

“I was a mediocre soccer player,” admitted Schmuhl. “I didn’t see it going anywhere so in 8th grade I surprised my Dad and threw myself into golf.”

And she was successful. She played for the Maria Carrillo High team in Santa Rosa for all four years in high school. She was also the lone girl on the Windsor Junior Golf Team.

She was the No. 1 player for the high school team for all four years and captained the team her senior year. If that wasn’t enough, Schmuhl was also one of the captains for Carrillo track team and was the editor of the school newspaper.

Oh, she was also a member of the National Honor Society, an A.P. Scholar and maintained a 3.87 GPA.

Upon graduation, Schmuhl went to Southern Methodist University in Dallas with an academic scholarship, but opted not to compete with the golf team. 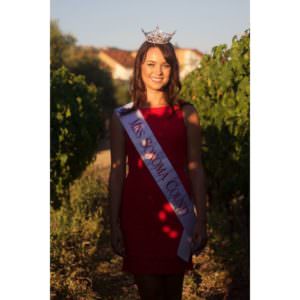 “I thought about,” said Schmuhl of playing college golf. “I talked to the coach and my scores were right there with most of the team, but they practiced six days a week and I wanted to worry about school.”

She made it 18 months in Texas, but recognized the Lone Star State was way, way different than Sonoma County.

“It matured me (being there),” said Schmuhl of SMU. “But it didn’t feel good to me – it didn’t feel like home. It was different culture and I felt you shouldn’t have to work that hard to fit in.”

She came back to Santa Rosa and took some time to figure what she wanted to do with her life. She eventually enrolled at Santa Rosa Junior College, but as usual, had many irons in the fire. 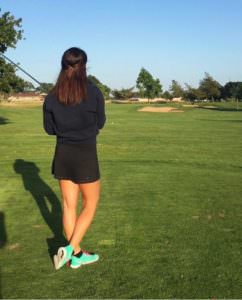 She has dabbled in the wine industry, working at a couple wineries and toyed with the idea of becoming a sommelier, but at this point it is more of a hobby than a career goal. After all, you must embrace the culture if you live in the area.

“I took some (wine) classes,” said Schmuhl. “Working at the wineries was a lot of fun and a great experience, but at this point it is not in my career ambitions.”

After being at home for a while, Schmuhl came across some information on the Miss Sonoma County contest.

“I actually saw it on Facebook,” explained Schmuhl. “It talked about earning a scholarship and I thought it was a nice way to challenge myself. I just went for it.”

In the first-year she was second runner-up and it opened her eyes as to what it would take to be successful in the contest.

“It was a different skill set than I was used to,” said Schmuhl laughing. “The only real talent I had was golf so the first year I did a dance to MC Hammer’s Can’t Touch This. And yes, I wore the parachute pants.”

Her fierce competitiveness kicked in after the first year and she came back determined her second year.

“Everything I learned came from critiques from my family and boyfriend,” said Schmuhl. “I took it all in. I came back with a much stronger talent and went into it 100 percent.”

Her talent came in the form of the spoken word and it paid off as she won the title.

Now she’s almost six months into her reign and has already made over 60 appearances as Miss Sonoma County. The recently concluded Sonoma County Fair also took a lot of time and this Saturday during the bonus week of horse racing, Schmuhl will still be involved. 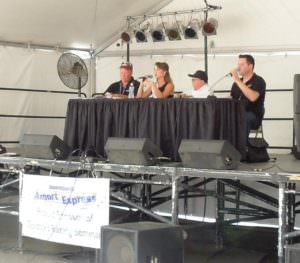 Schmuhl even took time to sit on the stage for the Daily Handicapping Seminar and offered her own picks to the crowd.

The 7th race on Saturday, August 19 is named in honor of both Miss Sonoma County and the Sonoma County Outstanding Teen. They will both be in the Winners’ Circle.

Despite the loaded schedule – she also works, along with going to school – Schmuhl still finds times to play golf – and stay competitive when she’s on the course.

“When I play with my boyfriend, we make sure to keep score,” said Schmuhl. “And I make sure I am beating him.”