It’s something that’s been played out countless times among friends. You’re sitting around hoisting a few and someone suggests opening a bar or a winery with your group of friends.

Everyone always agrees it would be awesome, but the reality is no one ever acts on it. That wasn’t the case for three friends named Steve and now there is 3 Steves Winery, one of the top wineries in the Livermore Valley. 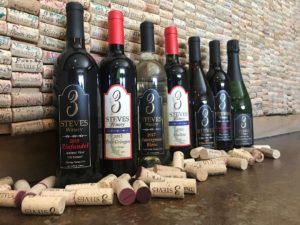 “We were sitting around over a bottle of wine one night,” said Steve Ziganti, who was enjoying some grapes with friends Steve Burman and Steve Melander. “At first we thought it was a stupid idea, but after the second or third bottle it became a really good idea.”

Initially the trio started with a downtown Livermore tasting room and were making their wine in a custom crush facility after getting their license in 2010, but there was always the dream of owning their own winery and vineyard.

In late 2012 they found the perfect location and in July of 2013 they opened the doors for the first time at their winery on Greenville Road.

The addition of 3 Steves continues to turn Greenville Road into what I consider Livermore’s version of Oakville Crossing. Great wineries along the road and with 3 Steves next door to McGrail, it’s one hell of 1-2 punch.

Things went great right off the bat for the Steves and in 2014, their 2011 Cienega Valley Ancient Vine Zinfandel won the Best Red Wine of Show in the San Francisco Chronicle wine competition. The wine was given the nod over 5,300 other wines.

The early success also caused a bit of a setback.

“In 2014 we were getting a little cocky on how well we were doing,” said Ziganti. “We started running out of wine.”

At that point an opportunity came to grow and produce wine in Chile. They fell in love with the area and now are getting 1,000 cases a year out of the region. 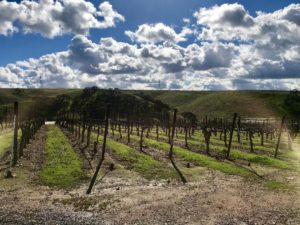 “The production costs are cheaper, even with shipping it up here,” said Ziganti.

What the wines from Chile have done is take an already exemplary portfolio and make it even better. Obviously, the Zin is excellent but so is the Cabernet Sauvignon, the Barbera and the Chilean wines.

We enjoyed a very liberal tasting with Ziganti, as well as one of my fellow Amador Valley High School graduates John Bird. I don’t think there was a wine that we didn’t like.

Usually there is at least one wine that doesn’t do it for you, but that wasn’t the case at 3 Steves.

My favorite had to be the 2013 Small Lot #2 Cabernet. The wine is grown from their estate grapes and after spending 33 months in a barrel, it spent another three years in a bottle.

The 2015 Duel (a 50/50 blend of Cab and Syrah) and the Chilean counterpart – the 2016 Chilean Duelo, made of the same blend – provide different profiles, with both enjoyable.

I also enjoyed the 2015 Tres Gringos Chilean Blend, a wine made from Carmenere, Cab, Malbec and Syrah. Carmenere is the most famous grape grown in Chile.

The tasting experience brings it all together. You get exactly what you would expect at a place founded by three guys that arrived upon the idea sitting around one night and drinking wine. 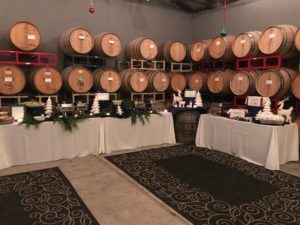 The staff is genuinely happy to be there and it’s easy to see how much they enjoy pouring wine and interacting with the customers – or in the case of 3 Steves – you are treated like friends and family the minute you walk in the door.

I have always been a big fan of enjoying my wine with music. There are times where the preferred musical taste is Il Divo or Bocelli, then there are those days when classic rock is the desired ambiance.

When you visit 3 Steves it’s all about classic rock. There is a tasting room right when you walk in the door. There’s additional tasting space in a bigger room in the back, complete with tables, chairs and live music on Sunday’s.

The room is the former barrel room (there still are some barrels in there) and features cool lighting and a chill vibe that fits perfectly with what 3 Steves brings to the table.

“Originally we talked about making it a members lounge, but the members are not here all the time,” said Ziganti. 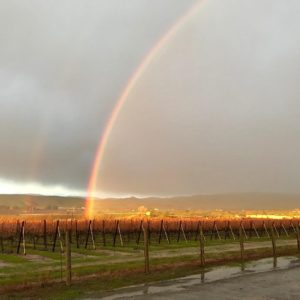 That is the type of attitude that makes 3 Steves a wonderful place to visit. They love their members and it’s readily apparent their members love them, but someone visiting for the first time is welcomed the same as someone making their 100th visit.

If you have not visited 3 Steves you are missing out. If you have, then we look forward to seeing you out there soon!