Annie Duke is a legend in the poker world.

Arguably the most famous – and best – female player of all-time, if not one of the top players male or female – Duke retired from poker in 2012, focusing on speaking engagements around the country talking about decision strategy.

While she has enjoyed speaking to groups, Duke wanted to go deeper into the field. So, after putting out four poker-related books, Duke has stepped into a new realm of writing, touching on subject matter very important to her – critical thinking.

The book Thinking in Bets: Making Smarter Decisions When You Don’t Have All the Facts, is set to hit the shelves in February and is an in-depth and informative look at decision strategy.

Although there are references to poker in the book – so much of poker is about critical thinking –  it has nothing to do with the game itself.

“I wanted to create a book that someone that has never played poker could have an interest in,” said Duke. 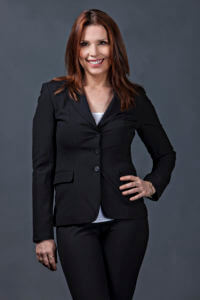 I found the book enthralling and whether it was intended or not, felt it added some insight into how Duke became a legend in the game.

For two decades, Duke was one of the top poker players in the world. In 2004, she bested a field of 234 players to win her first World Series of Poker (WSOP) bracelet. That same year, she won the $2 million winner-take-all, invitation only WSOP Tournament of Champions.

Prior to becoming a professional poker player, Duke was awarded the National Science Foundation Fellowship, which allowed her to study Cognitive Psychology at the University of Pennsylvania.

Her poker success also helped her finish second in the 2009 Celebrity Apprentice.

Back in 2002, Duke started to become a sought-after speaker, talking about critical thinking skills to corporations, as well as other groups. Being a scholar Duke became more involved in the speaking aspect and as time went on, it became more a part of her life than poker.

“By the time 2012 rolled around, (speaking engagements) had become a larger and larger part of my life,” explained Duke. “I had played poker for 20 years, but I was finding academic fire again. I was getting more excited about speaking than I was playing poker.”

The book could not come at a better time with society so divided. Be it on social media or even traditional media outlets, dissent is at an all-time high. Duke hopes the book can help with discourse in society.

“I am hoping this allows for better conversations between people,” said Duke. “People are not willing to listen to the other side. Their given beliefs drive decision making. You need to make sure your beliefs are as informed as they can be. You can’t have people feeling like, why talk to the other side when I am right. It’s important to engage in conversations with people who disagree with us.”

Speaking for myself, the book opened my eyes to some aspects of critical thinking I had not previously given thought. I consider myself a very pragmatic person, but reading the book helped my further development in the field. 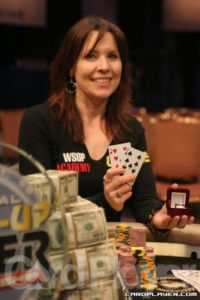 One other aspect of the book as abundantly clear throughout – Duke’s feelings for the subject is real and important.

One other major reason Duke stepped away from poker is, so she could be around home more often. With her last two kids in high school, the day is approaching quickly when she will be an empty nester.

“I am purposely trying to keep my speaking engagements to a limited amount,” said Duke. “All the kids are close to being out of the house and I want to make sure I am home with them as much as possible. When I was playing poker, I was traveling so much. I really enjoy spending time with my kids.”

So, what’s the next step for Duke?

“I am thinking about diving back into academics,” said Duke. “I love teaching and I really do love the topic. I am also in the decision process about writing another book. But what I don’t want to do is be so focused on what’s next that I don’t enjoy the release of the book.”

As is the case, whenever Duke has a speaking engagement, the questions come regarding her poker days and in some cases, the Celebrity Apprentice appearance. She enjoys answering those questions and embraces the chance to share her stories.

As a big poker fan, it was amusing watching Duke during her time on Celebrity Apprentice. My wife and I laughed each week as she used her superior intelligence and poker talents to keep getting the job done.

“I was applying a lot of poker concepts to advance in the game,” said Duke. “One of the ways was to navigate through dealing with emotions. You’re not getting a lot of sleep because of the schedule – they are poking you trying to get a reaction out of you.”

Duke was the victim of continual verbal attacks courtesy of Joan and Melissa Rivers throughout the show, with many borderline bullying. Yet she remained stoic throughout and managed to make it to the final two before finishing second to Joan Rivers in a decision that still has many wondering how that happened. 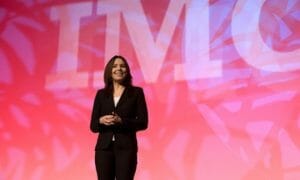 “I had a tremendous amount of experience at being even-keeled and not taking it personally,” said Duke of dealing with the verbal attacks. “I just wanted to stay calm and not have a meltdown. There were some epic meltdowns on that show.”

Duke has established herself as valued speaker, and now with the release of the book, an accomplished author relating to critical thinking, but make no mistake about it, she cherishes the time she spent playing poker.

“I think the puzzle of it,” said Duke of what she misses the most about the game. “It’s an amazing thing – it’s a puzzle you never come close to solving. I totally embraced my time playing poker. I didn’t retire because I hated the game. I hope my love for the game comes across in the book.”

And what advice would Duke have for the fledgling poker player?

“I always say the same thing,” said Duke. “It is a very hard game to succeed in. Not everyone can be good enough to make a living. Just be realistic about what you are getting yourself in to. There’s no guaranteed paycheck every Friday.”

For more information on Duke please go to www.annieduke.com. Duke is currently writing a weekly e-mail that you can sign up for on the site.