We were sitting around our weekly meeting of the ACES team recently when it was mentioned that perhaps we should have a column/blog entry on dealing with a hangover and tie it to New Year’s Eve.

Both other team members at the meeting turned and looked at me, causing me to respond with, “why are you both looking at me?”

“If the shoe fits,” said Jeff, our guru of all things IT. 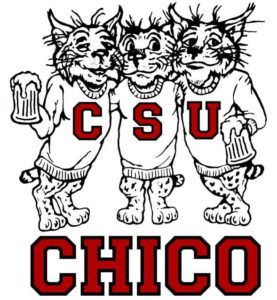 I had to laugh because, well, I am the best person to write about this on the ACES team, although at this point in my life those moments are few and very far between. But I did graduate from Chico State (1985) and that statement alone shows I could deal with adversity of the dreaded hangover.

Let me qualify that it has been probably been almost 25 years since I have had a wild New Year’s Eve and are in the group that feels like NYE is amateur night. My wife and I prefer filet mignon and a nice bottle of red to ring in the new year. And yes, there has been a couple times in the last few years we failed to make it to midnight.

It is honestly nice to wake up Jan. 1 feeling good, or at least not bad!

But the old days – oh yes, the old days. One continual thought that is always on my mind is, thank God there was no social media in those days!!

Having gone through many wars on my own and as well as watching some of our seven kids battle through their prime party years, here is some basic, tried-and-true tips on how to deal with a hangover.

These might not cure the hangover – I can’t control how much you imbibe – but it will take the edge off one for sure!

But first let’s examine what causes the hangover. Obviously, a hangover in caused by drinking too much, but what is it going on in the body.

As Wikipedia  states: A hangover is the experience of various unpleasant physiological and psychological effects following the consumption of ethanol, as found in wine, beer and distilled spirits. Hangovers can last for several hours or for more than 24 hours. Typical symptoms of a hangover may include headache, drowsiness, concentration problems, dry mouth, dizziness, fatigue, vomiting, depression, sweating, nausea, hyper-excitability and anxiety.

While the causes of a hangover are still poorly understood, several factors are known to be involved including acetaldehyde accumulation, changes in the immune system and glucose metabolism, dehydration, metabolic acidosis, disturbed prostaglandin synthesis, increased cardiac output, vasodilation, sleep deprivation and malnutrition. It happens when you drink too much!

Reports say there is no confirmed cure for a hangover, but as regular party people will tell you, we have all found something we use to make us feel better. It may be only mental, but if it does make you think you are getting better, then that is better than nothing at all!

So here are some of my go to remedies I have used over the years. Some I have acquired recently and some have been with me since the 1970’s and high school. The beautiful thing about hangover remedies are that everyone has ones that work for them. These are a few of mine!

Before we get going, at the risk of the obvious, please remember never to get behind the wheel of a car when you are drinking. In the day and age of cabs, Uber and Lyft, there is no reason to drive.

We always had a deal with our kids – call for a ride and we ask no questions. Do the same and your nights become easier when your kids are out. 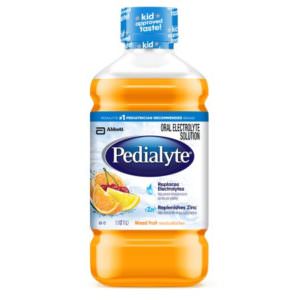 *Pedialyte: Designed to be used to fight dehydration from vomiting and diarrhea, in babies. I picked this up in the last three years from my older boys who were in college – yes at Chico State. Face it, one of the big problems with being hungover is dehydration. That Pedialyte is good for replenishing fluids in a baby is gold. If you can, drink some before you go to sleep, but make sure you have some stocked up before heading out for a night of carousing!

*Drink plenty of water throughout the night: Easier said than done. Ideally everyone starts the night drinking some water and mixing it in throughout, but as the night goes on, somehow that gets lost. Downing some before sleep helps, but if you haven’t done it all night, it’s not going to help a lot.

*Build a base: This is the most important thing you can do before taking on the night. Have a good meal that will build a base, as food in your stomach will help absorb some of the booze. Start drinking on an empty stomach and you are done!

*Medications: Can help, but at all cost avoid anything with acetaminophen in it. Mixed with alcohol it can cause liver damage. Try some Advil. I have taken it before I go to bed and it does seem to take some of the edge off.

Sleep: To me, the best cure. Knock out a monster sleep and while the hangover may still exist, odds are it won’t be as bad. They key is to get your body past the sleep you get while still drunk. That doesn’t really make a cure, so there may be things you need to do after initially waking and feeling the pain. See the following. 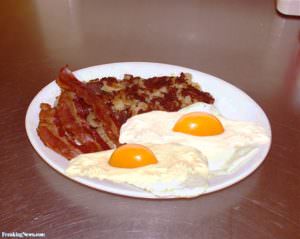 Eat: Yeah, I know this does not sound appealing, but get some greasy food down and go back to bed. Initially while attending Chico it was a hot-to-go burrito and a big soda from the local mini-mart that was within walking distance of my house. After a while I progressed to dine at a place called the Cozy Diner (http://www.cozydinerchico.com). Two eggs, bacon and hash browns did the trick. Back home, 3-5 hours of sleep and I was good to go.

Hair of the Dog: The absolute last resort in my mind. This is for those times when it is almost impossible to get your head off the pillow and the waste basket is right next to the bed. It will not seem appealing, but of you can keep something like a Bloody Mary down – and keep it down – it will take the tint off enough to back to sleep. One addition – if you are playing golf early and hungover, go to the Bailey’s and coffee, the winner in my mind. Of course, a nice spicy bloody always works.

Of course, the best way to avoid a hangover is not to drink, but where is the fun with that? If you are going to party, surround yourself with friends you can trust and remember, there is social media out there to watch you!!

Have a safe and Happy New Year’s everyone! Cheers!