It’s time for the annual beat down of the top golfers in the world as the U.S. Open takes center stage in the golf world June 12-18 at Erin Hills in Wisconsin.

Before we get into the preview, let’s first give huge praise to Phil Mickelson. Lefty has chosen not to play in the tournament so he can see his daughter graduate from high school. She is the class president and will be giving a speech at the ceremony. Mickelson has chosen to skip the tournament and I applaud the choice. There will be a U.S. Open again next year, but you only have once chance to see each of your kids graduate from high school.

Back to this year’s national championship.

The Open each year is akin to a blood-letting when it comes to the professionals. This is not for fans of a birdie-fest and is for those that enjoy watching the best players in the world struggle to make par.

Oh, the United States Golf Association has tried to say over the last 7-10 years they have made the courses less penal, but the reality of the situation is very few, if any players, break par.

Last year at Oakmont, Dustin Johnson won his first U.S. Open and did so shooting four-under. Only four players in the field finished under par. In 2015, it looked like a scoring-fest as Jordan Spieth won the tournament at 5-under and a whopping eight players shot under par. 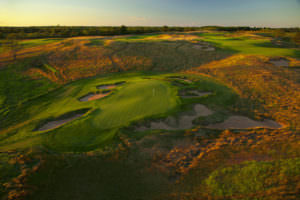 Some don’t like watching everyone work hard just to make par. I do, but only once a year. To me it is a lot of fun watching players scorch golf courses, but once a year I have a great time watching the course management from the best players.

It is no secret we have all played with guys that can shoot under par, but what makes the professionals stand out are the intangibles they possess. There are a lot of players with talent, but the best, know their way around a course.

To me, watching a golf tournament is more than just watching the 350-yard drives followed by a wedge to two-feet. It’s about knowing when to leave the driver in the bag, sacrificing distance for accuracy.

It’s what the U.S. Open is all about. What happens this year at Erin Hills?

Erin Hills appears to be a perfect venue for a U.S. Open as the difficulty factor is high.

The players will face the pressure right away as the first hole will be arguably one of their better chances for birdie in the round. The par 5 will play 608 yards and will be reachable in two. With the rest of the course waiting for the players, it will be crucial to start the round with a birdie. I love it – pressure right out of the gate!

A taste of what awaits the players starts with the second hole, a 338-yard par 4, the shortest on the course. There will be thoughts of driving the green, but the target is the smallest green on the course and missing the green will leave delicate chips on the lightning fast putting surface.

The bunkers on the 439-yard, 4th hole will make the drives delicate and could leave tough approaches to a shallow green with a false front.

The first par 3 greets the golfers on the 6th hole and will be yet another test. Playing 200 yards, the players will be hitting into the longest green on the course, but another false front makes for beast of a hole with a front-pin placement.

The front nine ends with the shortest hole on the course at 135 yards. But the green is surrounded by deep, penalizing bunkers and with a false front and a narrow green, the tee shot is hardy a walk in the park.

Players will face a blind tee shot on the 11th and it will be arguably the toughest tee shot of the round. Deep bunkers front the green, but they are not as close as they appear from the fairway.

At only 594 yards, the par 5 14th will allow the big hitters to make a run at getting home in two. However, there is big drop-off to the right of the green, and a miss makes for a tough chip.

The 15th presents a drivable par 4, but the 357-yard hole features a green on a plateau that will punish all but the most accurate drives. Even those who layup will face a tough fairway and the approach to the uphill green.

I have always felt the 18th hole on any course should be a hole where a match/tournament can be won or lost and Erin Hills certainly fits the bill.

The 637-yard par 5 is a three-shot hole that demands accuracy all the way to the green. Get off line along the way and a big score comes into play. This will make for high drama at the end of every round and much like Pebble Beach, makes for a great ending.

So, who gets it done? Here are my thoughts on the top players.

Dustin Johnson: The defending champion has a missed cut at the Memorial recently, but you know he will be ready to roll. The length to shorten the course and the touch to master the short chips to help save par makes DJ a legit threat to defend. 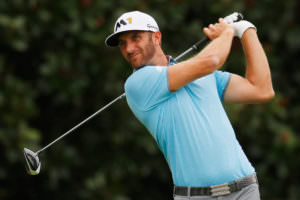 Jordan Spieth: When playing on greens that roll like glass, putting plays a huge roll and Spieth is one of the best in the world. He’s been inconsistent throughout the year, but there is no way to throw him out with his putting stroke. If he plays smart, look for Spieth to be a threat on Sunday. 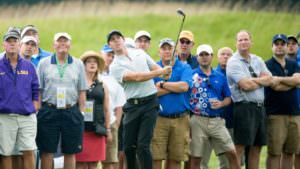 Rory McIlroy: You would have to be nuts not to have Rory in the conversation. He just torched Congressional when he won the tournament in 2011, shooting 16-under-par. He’s got the game but needs to be smart like Spieth.

Jason Day: Which Jason Day shows up? The one that climbed to No. 1 in the world or the one that seems to suffer from either injury or sickness. Then again, he nearly won at Chambers Bay in 2015 despite his vertigo acting up. How about the top four battling for the title on Sunday?

Sergio Garcia: Now that he got the win in the Masters you need to give Garcia a shot in any major. He has matured a ton in the last few years and being calm and cool is crucial in a U.S. Open. If Sergio stays grounded, he has a shot.

Jon Rahm: He was the low amateur last year and has come out firing in his first year on the Tour. Rahm has the complete package and figures to contend in many Open’s. The lone drawback is it takes time handle the emotions of contending on Sunday in the U.S. Open. If he is close on Sunday it will be interesting to see how he handles the pressure.

Rickie Fowler: Personally, I would love to see him win the tournament and I don’t think you can leave him out of the conversation. He has the game and the temperament to get it done and with recent developments in his personal life I think he has a great shot.

Wouldn’t it be nice

Steve Stricker: Had to qualify to get in the field, but the Wisconsin native figures to be the fan favorite. Still one of the best with the flat stick if he gets it going on Thursday and Friday, he can hang tough on the weekend.