If you are a fan of old school golf courses – and who isn’t – then you can appreciate the recent change the members made at the former Mira Vista Country Club.

Built in the early 1920’s in the hills above what is now El Cerrito, the club was originally called the Berkeley Country Club. The idea spawned from a meeting of local business and community leaders, as well as alumni and professors from U.C. Berkeley.

Originally designed by Robert Hunter and Willie K. Watson, the history of the course is plentiful. In 1929, the Berkeley Open was held at the course and won by Horton Smith – the first winner of The Masters. The great Walter Hagen also played a match at the course.

Following the Great Depression, the club changed its name to the familiar Mira Vita Country Club in 1944. There have been members throughout the years that wanted to make a move back to the original name, but there was always enough resistance to keep it from happening.

However, with the Centennial celebration coming in the next few years, the membership finally decided to make the change back to the Berkeley Country Club. 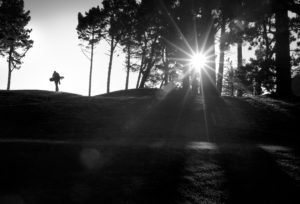 Brilliant move. You have a classic facility with a classic name.

In 2011, the course underwent a major restoration under the guidance of Forrest Richardson that resulted in the club winning American Society of Golf Course Architects award for design excellence.

The renovations include the installation of bent grass greens, as well as the adding of 15 bunkers that had been lost over time.

I have been fortunate on a couple of occasions to play the course. The first came roughly 25 years ago and the second recently, after the club changed its name back to the original name.

The views of the San Francisco Bay from the course are sensational and still true to the original design of the course.

Known as one of the best kept secrets in the East Bay when it comes to country clubs, the BCC has maintained its niche in the industry.

The country club business is a competitive one, with a multitude of options throughout the Bay Area. Some people join country clubs based on convenience to where they live, while others join clubs by where they work, or somewhere along the way of their commute.

Golf at all the clubs is sensational, as I have yet to see a bad country club golf course. So, what sets them apart when it comes to deciding as to which club to join.

There are plenty of snobby, look-down-your-nose country clubs and that’s fine as it works for their membership. There are some clubs that cater to families, some to people with no children.

Some cater to a younger crowd and some to the older demographic. Realistically, I could go out, tour every country club and find wonderful reasons to join each. Personally, the top priority for me when looking to join a club is how the members interact with each other.

The country club should be an escape from the grind of the real world, not an extension of the issues we face every day.

The Berkeley Country Club hits a home run in this area. One of the members I had the chance to play with was quick to mention how friendly everyone is when I questioned him on what selling points do they have for prospective members.

Everyone I crossed paths with the day I was up there went out of their way to be friendly, be it on the course or in the clubhouse. You feel like a member from the time you get on the property until the time you leave. 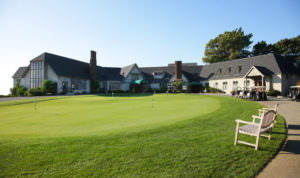 The course itself was a joy to play. The yardage from the tips seems benign at 6,503 yards, but don’t get lulled into a sense of security. The fairways offer all types of lies, with very few being flat.

The greens are tough, but fair, all that you can ask from a course.

One of my favorite parts of a course is when they have a great closing hole. I have always felt a closing hole needs to have the components of a match-changing finish.

No. 18 may say only 344 yards on the card, but it’s uphill to a tough green. It’s not an easy tee shot or approach and once on the green, your work is hardly done. A great hole to end your round.

The original Tudor Revival clubhouse – designed by W. H. Ratcliff – was built in 1920 and expanded in 1924. While brand new, state-of-the-art facilities are certainly spectacular, there’s something to be said for the classic design.

Walking through Berkeley Country Club’s dining and bar facilities, you can’t help but feel like you are taking a step back in time. The views from the clubhouse – a popular wedding venue – are every bit as brilliant as those from the course.

The clubhouse has been updated throughout the years, but it still stays true to the essence of the original design.

For more information on the club please go to http://www.berkeleycountryclub.org.