Putnam’s win resulted in a MetLife donation of $750,000 to the Roseville-based non-profit. The contest involved 13 pros who were selected for exceptional recoveries weekly during the PGA season.

Putnam, a tour rookie, made his PGA Tour debut in the Safeway Open last fall. His winning hole was at the FedEx St. Jude Classic, where he blasted out from a greenside bunker and then holed an 11-foot putt for par. He finished second at FedEx St. Jude and later won the Barracuda Championship in Reno.

He joined 12 other golfers in the finals, including Tiger Woods, Phil Mickelson, Ian Poulter and Bubba Watson. Once the finalists were selected, each man designated a charity and then fans, and supporters voted for 10 days in a row. The fellowship, which has staffers and supporters in regions across the country, organized its teams to cast their 20 votes each day and to invite others to do the same. To their delight, Putnam and the fellowship won. 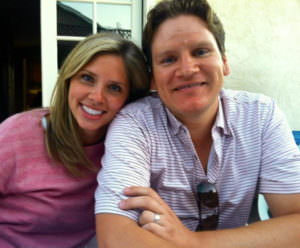 The MetLife Matchup donation came at a perfect time because the organization has embarked on a major expansion campaign. Led by the board and Executive Director Steve Burdick, the organization finished a detailed strategic planning process and launched its 30-by-30 initiative to add 30 additional staff members by 2030.

One of those new staff members, Matthew Crane, serves Bay Area colleges and joined the organization last year. Crane left a great PGA job as director of golf at the Lake Merced Country Club in Daly City to become a full-time staff minister with the Christian fellowship. He was well-prepared for the shift because he graduated from William Jessup University in Rocklin with a theology degree. 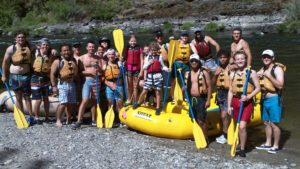 The fellowship shares the hope of Christ with college golfers and their coaches. It’s the only faith-based organization focused on college golf and the unique challenge of reaching its participants. It organizes retreats for college golfers at the homes of PGA Tour pros such as Davis Love III, Webb Simpson, Ben Crane, Martin and Gerina Piller, and Jonathan Byrd.

Launched in 1980, the organization leadership’s planning showed it was reaching about half of the college golf programs and thus launched the 30-by-30 plan to reach the rest by adding 30 more staff members. Currently there are 21 full-time staffers, led by Burdick. Burdick, a Stanford grad, played on the team that won the NCAA title in Tiger Woods’ freshman year.

Each staff member raises his own financial support from people interested in helping them or the ministry. The three-year ramp up plan has the organization covering two-thirds of the estimated $100,000 annual costs the first year and then ratcheting down by one-third over the next two years, so the staffer is fully supported after three years.

When the 2018-19 PGA season opens with the Safeway Open in Napa the first week of October, the fellowship will host a gathering with supportive PGA pros. Stewart Cink, Andrew Putnam and/or Russell Henley are scheduled to attend the meet-and-greet.