The golf course, which shared ownership with Shadow Lakes across Balfour Road, joins its neighbor in the closed category. Shadow Ridge opened as an upscale daily fee course and was a well-maintained track.

It was one of three courses located near the west end of Balfour Road. The highly regarded Roddy Ranch, originally planned for a housing development that never won zoning approval, closed a couple of years ago with the operators citing high water costs.

With play at Shadow Lakes never hitting expectations, maintenance and green fees were slashed and it eventually closed. This month the owners are working on a driving range at Shadow Lakes and striving to operate the clubhouse and other facilities as an event center.

With three courses now closed, the only Brentwood option now is the 27-hole Brentwood Golf Club, located a few miles east on Balfour Road. The combined courses are the poster child for the overbuilding of golf course communities that took place primary in the 1990s.

As far as the ownership is concerned, it is permanently closed,” said Joe Dahlstrom, chief operating officer at Paradigm Golf Group, a golf course management and consulting company contracted in 2014 to manage the Deer Ridge and Shadow Lakes courses. “There is no alternative plan,” said in a Brentwood Press news story.

The Sept. 8 closure came after the ownership of the two golf courses could not win city approval for high-density residential facilities for assisted living and memory care. According to the Brentwood Press, the plan called for 560 units on 32 acres with the two golf courses consolidated into one 18-hole course. 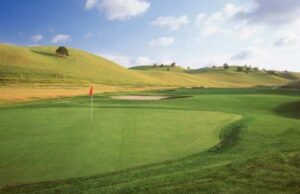 The Press story reported,” Staff has considerable concerns that placing high-density housing in these established neighborhoods of single-family homes would have a substantial adverse impact on their nature and character,” wrote Brentwood Planning Manager Erik Nolthenius in a city staff report last year. “Both Deer Ridge and Shadow Lakes were planned and constructed with the intent of low-density, low-impact use. Introducing high-density housing into these neighborhoods — with no buffer between the disparate densities — would fundamentally alter the visual character and atmosphere of the area.”

Suncoast representatives, according to the Press, held more than 30 community meetings to try and build support for the plan. Those reps made it clear that any plan had to have a residential component to save the golf course.

Last year, the Delta View course in Brentwood closed and the Pittsburg City Council decided to pursue other options for using the 175 acres.

Traveling to the San Diego area for a family wedding last Sunday, we were reminded just how unsightly closed golf courses are to the neighborhood. 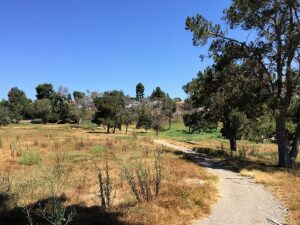 The wedding took place at the Hotel Karlan, a Doubletree property in Rancho Penasquitos. It features a large lawn and its swimming pool that’s separated by a fence from the closed Carmel Highlands golf course. The course closed in 2015 and there’s weed control, but little else on the golf course. The course was once so connected to the hotel that the banquet room is named Carmel Highlands.

It’s one of seven San Diego courses that have closed in the last few years. San Diego, which imports most of its water from Northern California through the State Water Project, has high water rates and several courses were irrigating with expensive potable water. A private company brought a huge desalination plant online along the coast in Carlsbad with the San Diego water agency agreeing to a long-term contract to buy the water.

A developer purchased the 114-acre Carmel Highlands property in 2016 planning for a residential community, but we saw no signs of that last weekend.

Rancho Penasquitos suffered another loss last year across Interstate 15 when the Carmel Mountain Ranch also closed. Like many golf course communities, it was surrounded by homes, but operated independently. The management cited declining rounds and the cost of water.

Given the statewide push for more housing by Gov. Gavin Newsom, both redevelopment plans will have that wind at their back as they work with the neighbors.