It certainly has been some ride for the golf course now named the Genoa Lakes Ranch course.

Originally opened in 1998 as the Sierra Nevada Golf Ranch and was pretty well received by both the local community and the tourist business.

Things went well enough and plans were made for a resort lodge to be built, thus creating a true destination location. This time the local community was not as engaged and the plans died an agonizing death.

Once that happened, the maintenance of the course suffered as well as the ownership became disengaged with the property. With the neglect, the quality of golf continued to plummet right up to the point that the property went into bankruptcy four years ago.

In horrible shape, there did not seem much time left for the formerly popular property. Even the sister property Genoa Lakes course that is three miles down the road was sitting in a tenuous state as buyers were not being found.

But two years ago, the course and facilities got a reprieve when the Genoa Golf Group IV stepped in and bought the property out of receivership. The purchase included both courses and pumped some much needed life back into the properties. 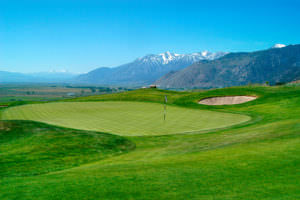 Something was still missing for what was then called the Resort course, but when the owners brought on Chris Detsch to run the place things started to change. Detsch had been around the area for years and actually spent time working banquets and bar-tending at the property during the good times.

He knew what was missing.

“They wanted me to bring it back to life,” said the energetic Detsch. “I remember what it was like back in the Ranch days and I wanted to bring that back.”

So the place went from being the Resort course to the Genoa Lakes Ranch course. Changing the name was nothing compared to the aesthetics of the property and the quality of the course. (see a flyover video of the course here)

“One of my goals was to change it from the Goat Ranch to the Golf Ranch,” said Detsch. “A lot of it was educating (the staff) as to what a general maintenance practice was. This property had been a step-child (to Genoa Lakes) for a long time and I am not going to have my name attached to a step-child property.”

With the condition of the course being turned around, Detsch went to work on the feel and vibe of the property.

For starters what was labeled the “snack bar” has become the Knaughty Pine Bar and Grill. The pro shop was relocated into what is known as the Ranch House. The place really has started to pick up the Old West feel again, which is perfect for the location of the course.

“We wanted to create a fun environment for the community,” said Detsch. “I wanted to bring back that Ranch feel. It fits and it’s fun. The vibe has changed and we don’t feel like the little sister anymore.”

Nor should they. There have been changes and they are all for the good.

It will be an uphill battle for Detsch and his staff for a while longer as they face not only getting the word out, but convincing those who saw the property as its worse, that better days are here and it is time to come back.

Count me as formerly one of the non-believers. You would have not caught me dead on the course five years ago and I always made it a point to play the Lakes course when I was in the area. I would not have recommended the property, well, to anyone, friend or foe.

Now I can honestly say I would probably opt for the Ranch course as my top choice in the Carson Valley. There is a newer feeling at the Ranch and the enthusiasm of the staff really comes through.

“My staff is 100 percent on board,” said Detsch. “We’re still only at about 70 percent of where I want to be. I had a four-year plan when I came in. One thing I am working on is to replace every sign on the property that is metal to wood to keep that western feel.” 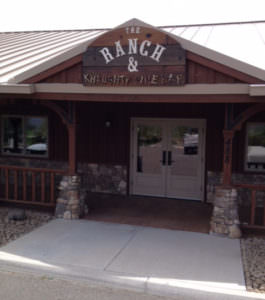 Saying I would rather play the Ranch course is not meant to demean the Lakes course, but rather a compliment to what Detsch and crew have accomplished. The course is excellent and the elevation changes throughout keep you on your toes and offer a variety of styles of play.

The two courses are working very well together offering deals such as the Double Down, where you have seven days to play both courses, or the Daily Double where you can both courses on the same day. Both feature reduced rates.

“We are trying to get the word out that we are back in business,” said Detsch. We have a tournament director and we have a relationship with hotels in Reno, Tahoe and Carson City.”

The word is out as the rounds have increased dramatically from last summer. As said before, it is a battle, but one I believe Detsch and his staff will win.

“All I am saying is, hey give us a chance,” added Detsch.