When the Nakoma Golf Resort and Spa property originally opened as The Dragon in 2000, it certainly drew its share of attention.

Unfortunately, the property located in Clio, California (think Graeagle) wasn’t getting great reviews. The original owners had built a monster of a course, using the marketing phrase, “Send Me Your Heroes” as a way to attract golfers to the course located about an hour north of Truckee.

The motto may have initially lured golfers to make the trip (I was one), but it wasn’t successful in getting them to come back. The course was so tough, and in places unfair, it took the fun out of playing. 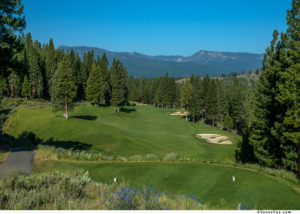 I thought I played pretty well on my first trip and just racked a huge score.

“You may have come out once, but did you come back,” asked Wes Hull, the Director of Golf. “Not many did.”

By 2006, the property was closed and it appeared the Dragon had been slayed and put to rest. Only minimal maintenance was done on the course from the time it closed until it was bought out of bankruptcy in 2010 by the Arizona-based Shomac Group.

The decision to resurrect the Dragon meant a lot of work was to be done regarding the course. First there was the playability and second, the perception.

“The reputation was that this place is a fire-breathing beast,” said Hull. “Now it’s a resort course and needs to be friendlier.”

The staff went about the overhaul with a vigor, wanting to get the property open again. They rebuilt or reshaped three greens, took out and grassed 35 bunkers, removed 150 trees and arguably the most important of all, they softened the fairways, making them more player friendly.

“Basically (the fairways) were a runaway-truck ramp,” said Hull.

I was one of the few that I think actually liked the original course, but as Hull got me to admit, I never returned, that is until June of this year. My thoughts? I will be back a minimum of once a year if not more.

There are five sets off tee boxes and playing the appropriate one makes a big difference. Even with the course by far more playable than it was originally, it will test your game much the same as the other mountain courses.

Previously even good shots stood of chance on being penalized with the run of the fairways and the green complexes. Now a good shot stays a good shot, which ultimately is all a golfer can ask for. But don’t think the course is soft. 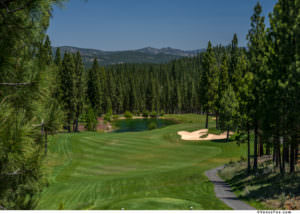 “It still is a great challenge,” said Hull of the course. “It’s not easy, nor will it ever be. Don’t come out and expect your best score, but you will have fun when you play here now.”

Which is what makes or breaks a tough course. If you can walk away having enjoyed your round no matter high your score may have climbed, then the course is a great one.

“For me it has always been that if I only got one course to play and not be bored, what course would it be,” said Hull. “For me, it would be this one.”

With the course back in great condition and the rounds continually on the increase, there were still things missing on the property.

Already in place was the Wigwam Room dining experience in the 27,000 square foot clubhouse by Frank Lloyd Wright. Stunning design and great food make for a memorable night, but outside of the 12 villas – also themed in with the design of the clubhouse – the lodging was sparse. 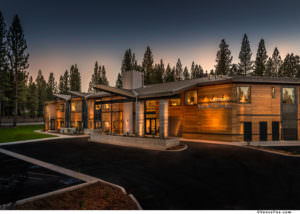 The Lodge at Nakoma. Photo courtesy of Vance Fox.

That has changed as well. The Lodge at Nakoma opened in August of 2015, and provides a wonderful lodging experience. There are 42-rooms, with the developer and architect going with a mountain modern feel. The Lodge overlooks the 8th green of the course and comes with its own practice green for guests to enjoy.

It is a classy place to stay, really combining the mountain lodge feeling with state of the art amenities. There is a shuttle that takes guests for the short drive up to the clubhouse.

There are more projects coming and once completed will make Nakoma a true, world-class destination resort.

Currently under construction is “Altitude,” a 13,000 square-foot recreation center for members, home owners and guests at the Lodge.

It will feature a fitness center, climbing walls, outdoor resort pool, locker room and more. It is right across the road from the Lodge, which will also be complimented by the Marketplace – a 6,000 square-foot center that will have a market, as well as eating establishments.

Originally it was a gimmick that attracted people to the Nakoma property, but now it boasts current, as well as coming attractions, that will not only entice people out for the first time, but bring them back repeatedly.